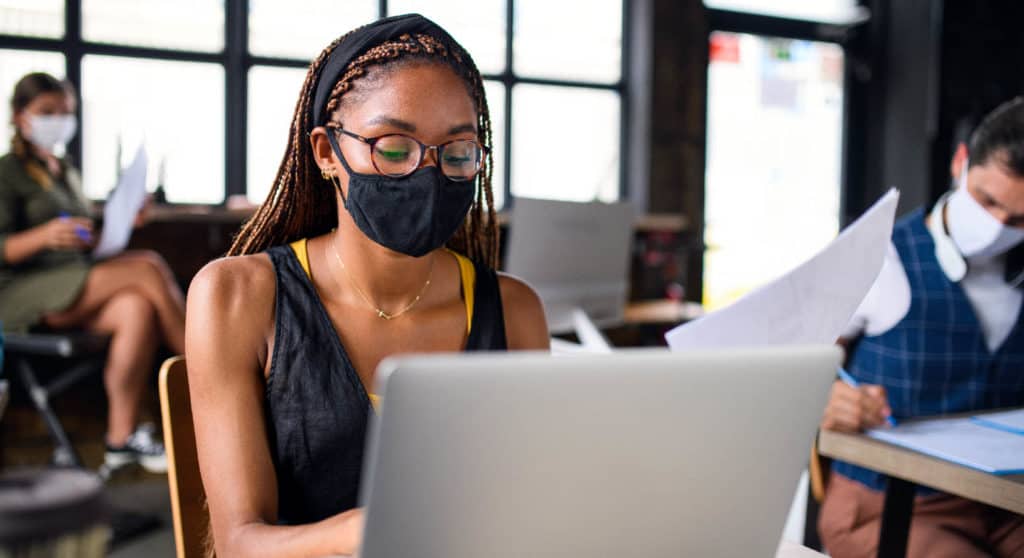 Corona and no end: Challenges for project controlling in times of crisis

At the end of January 2020, more precisely on 27 January 2020, the first COVID 19 case was confirmed in Germany. In the meantime, more than fourteen months have passed and there are still no signs of an end to the pandemic. In contrast, the effects of Corona on many sectors and company processes are becoming very clear. And so companies in project-oriented sectors must also adjust to the new "Corona reality".

Virtual work in the project

While projects in the pre-Corona era were usually characterised by a regular personal exchange between the project participants, this exchange has been taking place - inevitably - virtually for more than a year now. Microsoft Teams instead of project meetings in the conference room is the motto. The famous 4:1 consultant week - four days at the client, one day in the office - has been replaced by a 5:0 week in one's own home office. Personal contact with the project client is currently limited in most cases to waving to each other in front of the web cam. Traditional project controlling via Excel lists reaches its limits even faster in the new virtual project world.

Talking about home office. Regardless of the technical and organisational challenges that working at home means for many project participants, this way of working also eliminates the informal exchange with other project participants that is so important in project work. This applies both to the colleagues involved in the project and to the project participants at the client's premises and also has consequences for time recording. Whereas it used to be relatively easy to record project times in the office or at the client's site, this becomes a particular challenge at home - when, in addition to work, the children also have to be looked after or several home office workers are competing for space, internet access and the only quiet place in the flat. However, this is often also due to the fact that the employer does not provide any Mobile time recording solution is offered.

Corona-related effects on the course of the project

In conclusion, the current situation not only affects interpersonal relations and cooperation in the project team. It also has a very concrete impact on the economic success of project-oriented companies. As is clear from current surveys, the Corona crisis has led to a surge in digitalisation in German companies and thus also to an increase in the number of project teams. Special boom for digitisation consultants led. However, this only applies if the companies advised do not come from the sectors that are among the victims of the Corona crisis (gastronomy, travel industry, retail). Otherwise, even the digitalisation consultants suffer, as the results of the Market Barometer Digitalisation Germany 2021 prove. In the survey of digitisation consultants in Germany published at the beginning of the year, almost two thirds of the respondents stated that they had been affected by the pandemic. Digitisation projects were either stopped/postponed or are currently only being continued with a lower project volume.

Project changes in response to the crisis in both directions (upsizing/downsizing) must also be taken into account within the framework of project controlling.

The three most important prerequisites for successful project controlling in times of crisis are:

ZEP offers all the functions required for professional project controlling:

Project-oriented companies are thus able to successfully master the challenges of project controlling in times of crisis. True to the ZEP motto: Make it count.

Further information on ZEP is available on the ZEP website available.