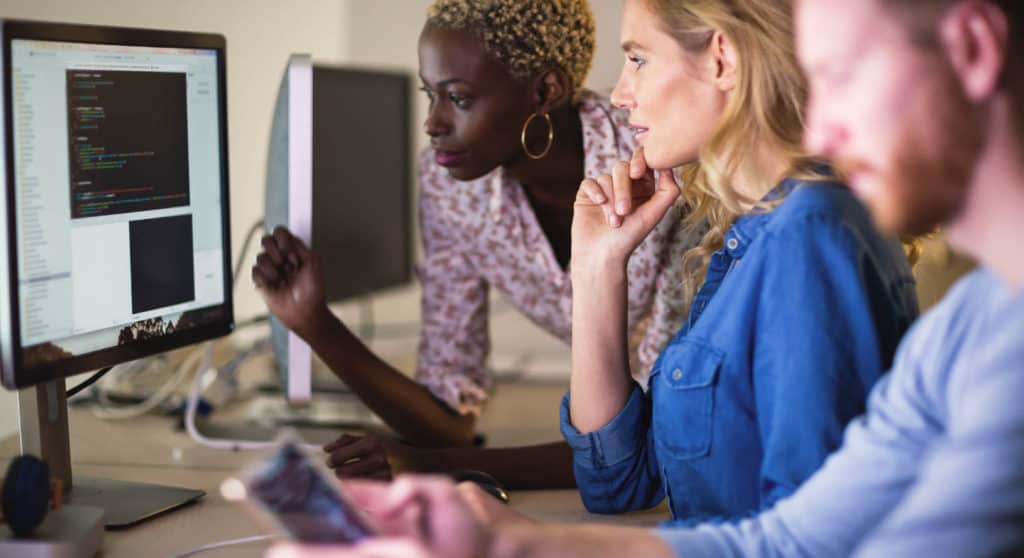 Strategy of small steps: How to make digitalisation work in time recording and project controlling

Many companies are currently facing the challenge of digitising business processes. In project-oriented companies, this also applies to the processes of time recording, project controlling and invoicing. The reasons are manifold, but the general challenge in most cases is: Where do I start?

For a long time it looked as if German companies were only hesitantly approaching the topic of digitalisation. "Never change a running system" or "We've always done it that way" was often the motto. In the meantime, however, there are many different reasons why companies in Germany are literally "forced" to deal with the digitalisation of their business processes.

The most frequently cited reason is the impact of the Corona crisis: pandemic-related requirements and measures such as company distance rules, home office obligations and travel bans simply cannot be managed with traditional business processes, which focus on talking and working together in person and on local access to company information and documents. And so, in many cases, Corona led to "forced digitisation", which, as is often the case in life, has a good and a bad side. The bad side first: Many companies had to react so quickly to the requirements and were so poorly positioned that digitisation was "ad hoc" instead of "strategically planned". The good side: In the post-Corona period, the companies have the opportunity to review and optimise the measures taken so that in the end, as a digitised company, they are better prepared for future challenges.

In addition to Corona, however, there is a whole range of other reasons and aspects for which companies need to develop further in the direction of digitalisation. Here are just three examples.

Even before the Corona pandemic occurred, there was intensive discussion about new forms of work: the keyword was New Work. The focus was on the possibility for employees to freely choose their place of work and working hours, and also to be able to work on the move or from home. In project-oriented companies, mobile working in particular has played a central role for many years. Many companies have the so-called "4:1 consultant week": four days on site with the client, one day in the office or home office. In these cases, timely and thus precise time recording is only possible if the process is digitised and the information and documents required for it do not have to be recorded and/or archived manually. Cross-project project controlling is also made much more difficult if countless project lists and records have to be sifted through first.

Another reason why many companies are currently inevitably having to deal with the topic of digitising time recording is the ECJ judgment of 14 May 2019. In this much-cited ruling, the ECJ had called on member states to enact regulations obliging employers to set up a system with which daily working time can be measured. In the meantime, the first courts in Germany are referring to this judgement and demanding a digitalised form of time recording from the employer.

And another "digitalisation driver", this time in the area of project time billing: With Entry into force of the e-Billing Act all public clients (state, federal states, municipalities) have been obliged to receive and process invoices in electronic form since 27 November 2020, keyword: XInvoice. Other formats may no longer be accepted as of this date.

Digitalisation in time recording and project controlling: The strategy of small steps

Companies that are currently thinking about digitising processes in the areas of time recording and project controlling should first consider how to proceed in small steps and not plan the big "digitisation throw" right away. Corona has shown that companies that were forced to digitise virtually overnight in order to maintain their business operations are now faced with the almost even greater challenge of eliminating "teething problems".

A first digitisation step in the area of time recording could be to replace the "good old Excel lists" with a professional time recording solution. In doing so, it should be ensured that this solution can be cloud-based and/or provides mobile apps. This allows access to the application and the information and documents processed with it regardless of time and place. Since these solutions usually offer employees a better user experience than an Excel spreadsheet, acceptance within the company increases.

The same applies to the area of project controlling: a professional software solution enables the project management or the management to get an up-to-date overview of the current projects at the click of a mouse. This involves, on the one hand, the current project status and the employee utilisation in the respective projects, but of course also the accounting of the project working hours already performed.

For this reason, it also makes sense to integrate time recording, project controlling and billing with each other. This way, the times documented in the time recording can be automatically transferred to the billing and forwarded to the client. And if it is a public client, the billing solution should definitely support the XInvoice format.

Digitalisation in time recording and project controlling with ZEP

An overview of the You can find ZEP modules here.