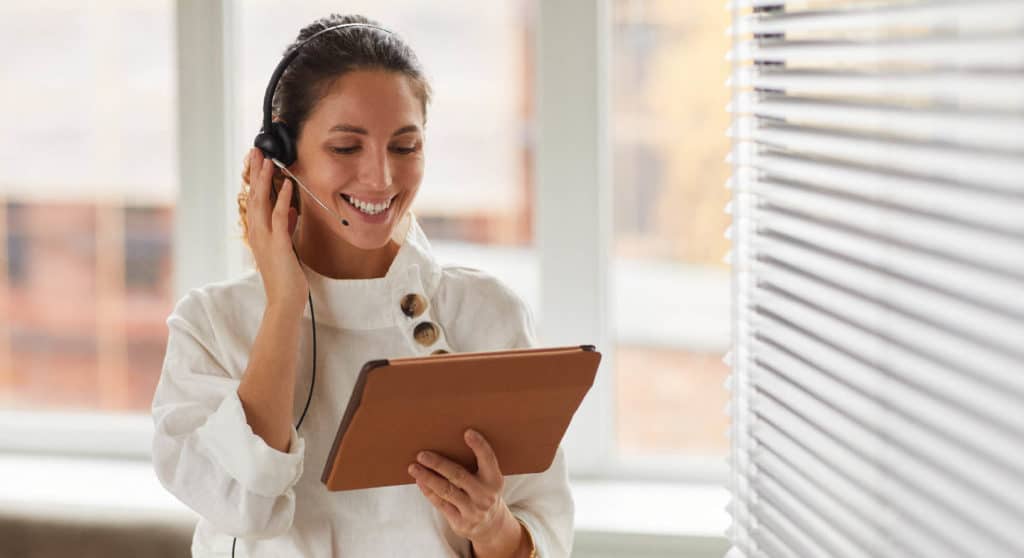 The future of work is hybrid: implications for time recording and project controlling

Current forecasts on the course of the worldwide Corona pandemic are currently fuelling hopes that we can finally prepare for a "post-Corona" era. In this context, companies are particularly concerned with the question: What will the working world - keyword home office - look like in the post-Corona era?

Home office in the pre-Corona period

Looking back to the pre-Corona era before the outbreak of the pandemic in spring 2020, working at home was usually an expression of "work-life balance" and reserved for so-called "knowledge workers". In addition, there had long been a political demand to give working women and single parents in particular the opportunity to do their work at home. Often, this wish was opposed by purely technical problems on the company side, because, for example, no external access to company information and documents was possible. The issue of BYOD ("Bring Your Own Device"), i.e. the use of private end devices (PC, notebook, tablet, smartphone) for work, was also often viewed critically, as it was associated with high risks for IT security.

Nevertheless, the possibility of working from home was considered an important aspect of high employer attractiveness even before Corona, especially in sectors with a high shortage of skilled workers.

In project-oriented sectors such as management consultancy or software development, mobile working - and with it the possibility to work at home - has been part of everyday working life for a long time. Employees in these sectors have been used to working on-site at the client's location, on the road while travelling or in a hotel, or at their desk at home for years.

The lockdowns and contact restrictions imposed since the outbreak of the Corona pandemic forced companies, among other things, to let their employees work from home - as far as possible - from early summer 2020. And so the technical prerequisites for this had to be created first: Notebooks and headsets were sold out for months, the providers of web conferencing solutions experienced a huge rush and are thus certainly among the beneficiaries of the crisis. For many workers, however, home office meant the daily struggle with their partner and/or family for the only internet connection as well as working in the children's room or at the kitchen table.

Companies in project-oriented sectors found the "forced" changeover easy for the reasons already mentioned. Those who were already used to working mobile and thus also from home before the crisis can of course also do so during the crisis.

Home office in the post-Corona period

For many employees, however, the enthusiasm for working at home has diminished considerably in the meantime. On the one hand, this is due to the "office infrastructure" in the home office already described, which often consists of a child's room, dining table, coffee machine and refrigerator instead of professional office furnishings, coffee kitchen and canteen, but on the other hand, it is also due to an ever-increasing web conferencing fatigue. After all, waving over the web cam is no substitute for the "hallway radio" or the short conversation at lunch. After a survey conducted by the DAK Health Insurance Fund 2021 published study the most decisive disadvantage of home office among respondents in Germany was the lack of direct contact with colleagues.

And on the employer side, too, critical voices on the subject of home office are increasing. For example, a Study commissioned by Microsoftthat working exclusively at home leads to less innovation and productivity. The main reason given for the disadvantages of working from home is the lack of direct communication between employees.

The future of work is hybrid: implications for time recording and project controlling

All forecasts currently point to the fact that in the future there will be a hybrid working world that no longer rigidly differentiates between work in the office and work at home, but allows for both ways of working. A Article in the Wirtschaftswoche from May 2021 shows the wide range of opinions on the topic of the home office on the basis of some well-known industry leaders: home office "opponents" such as Netflix or Goldman Sachs are mentioned there as well as home office "fans" such as Porsche, Twitter or Shopify. The latter even completely closed its headquarters in Ottawa, Canada, last year. However, most of the companies mentioned - Microsoft, Amazon, Deutsche Bank, Allianz - assume a hybrid work model in which office presence and home office merge. In the end, as Allianz personnel manager Renate Wagner is quoted as saying, it is the "needs of the employees" that count.

For project-oriented companies, hybrid working after Corona means the same as before and during Corona: home office + office in the company + on-site at the customer.

However, this also defines the requirements for the areas of time recording and project controlling: both must be possible independent of time and location. Individual employees as well as project, department and management must be able to record their working hours regardless of where they are or to obtain an up-to-date and precise overview of all ongoing projects.

Web-based solutions such as ZEP meet these requirements in full and thus make it possible to choose one's workplace flexibly at any time. Access is possible via any internet-capable device and any common internet browser. For mobile time recording via the iPhone/Android smartphone, ZEP offers the appropriate mobile app.